I know you’re addicted to social media, you can’t hide it.

The real question is… why?

What causes people to keep doing the same thing over and over?

The answer is only one word, psychology.

There is no better model to describe this than the Hook Model which was created by Nir Eyal in his book titled “Hooked.”

The Hook Model explains a four-step process as to why people keep coming back to the same thing.

Whether it be social media, video games, or even going to work, the Hook Model can be applied to anything.

If you are starting a business, implementing the Hook Model can propel you to the next level of growth because it shows how to create habit-forming products.

The four steps in the model are Trigger, Action, Reward, and Investment. 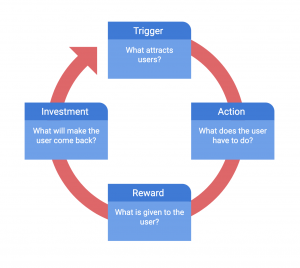 Triggers are the initial reason we do things, it is what makes consumers commit to the product or service. There are two types of triggers, external and internal.

External triggers are what we all see that makes us do something. The play button on Youtube or an advertisement saying “click here for 50% off!” are examples of external triggers. These are extremely easy for companies to create.

Internal triggers on the other hand are a bit more complex because they are emotions, typically negative emotions.

The feeling of loneliness, lack of acceptance, boredom, or conformity are reasons why people visit social media all the time.

This is extremely powerful stuff! Getting a consumer to keep coming back means they essentially do all the work for you, you just have to understand their pain points and get them to commit.

Doing something to get a reward. Triggers tell consumers what to do, and action is true engagement in the process.

Actions can be incredibly simple. Pressing the Youtube “play” button, scrolling through your Facebook newsfeed, clicking on the push notification on your phone.

When you do all these things, you are hoping for a reward. I don’t mean you will get $1 million, but a small reward such as watching a great video, seeing photos from your Cousins wedding you missed, and reading messages from your friends.

In order for behavior to occur there needs to be a trigger and two other things present known as motivation and ability. A formula was created by BJ Fogg (a researcher at Stanford) which goes a little something like this…

Motivation is how much we want to engage in a particular behavior. Ability is the measure of ease or difficulty people have of doing something. Trigger tells people what to do.

Let’s look at a practical example of Fogg’s model by analyzing Netflix. Your family, friends, or some person on the internet told you Netflix is the next best thing, or maybe you saw an advertisement.

How easy is it to download and sign up for Netflix? Pretty easy! Most devices come with the app installed and all you have to do is sign up. This is an ability.

Compare this with Blockbuster (do you even remember that company?) and the process isn’t as easy as Netflix. You have to drive to a store, find a movie that may not even be in stock and return it after a certain period. Ability is on the difficult side of the scale.

Fogg’s model is brilliant because it breaks down behavior in a clear way that anybody can implement when creating a product or service. Incorporating motivation, ability, and a trigger directly influence a person’s behavior.

Side note: We just talked about Netflix and I just wanted to say Narcos is a great series!

Trigger tells us what to do, the action is actually doing it.

But what does the action lead to? A reward!

The reason we do everything in life is to get some sort of reward. We save money to have more in the future.

We play games to receive trophies.

In the Hook Model rewards are variable.

This means a consumer can’t predict what they will be getting. Users of a product will keep using it because there is some sort of unknown. They know a reward is coming but it’s unknown. Rewards can be broken down into three different categories.

Tribe rewards involve other people such as a community you may be a part of.

Facebook is a good example of this because people feel rewarded for posting. They get likes.

There is a sense of accomplishment by posting something. Ultimately people post because they want others to see how much fun they had on vacation. In return people “like” their posts.

Relationship status is another great example. Getting engaged or indicating you have a new lover typically gets huge attention on social media. The variability comes with likes, dislikes, and other random emoji faces.

Rewards of the hunt mean people are searching for a reward. Take Youtube, for example, videos you like don’t randomly pop up, you have to search for them.

When you find a great creator you can then subscribe, but first, you have to hunt. Another example is playing a sport for a championship. Players are hunting for a reward.

Hunting for rewards is just like shopping. You go into a store searching for a shirt that suits your style.

Do you feel good when you get to level 100 of Candy Crush or when you finally get that platinum trophy from GTA 5 on the PS4? Games like this are so addicting because everybody wants to get the highest score.

Completing tasks relates to everything, not just video games. Checking all of the unread emails or all of the Facebook notifications are everyday commonalities among millions of people.

The consumer is invested in the product. They are hooked on the product and will keep coming back again and again.

If Facebook users didn’t come back there would be less ad revenue for Facebook and value would ultimately go down.

Don’t underestimate investment, it takes a lot of work for companies to get consumers invested in their product or service.

If your model follows the hook then the consumer will keep coming back but adjustments must always be made, either slight or major.

If you wan’t to read Nir Eyal’s entire book titled “Hooked: How to Build Habit-Forming Products” you can purchase it on Amazon by clicking the button below. 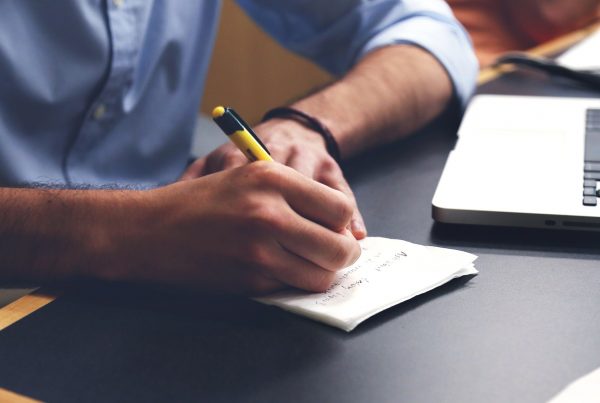 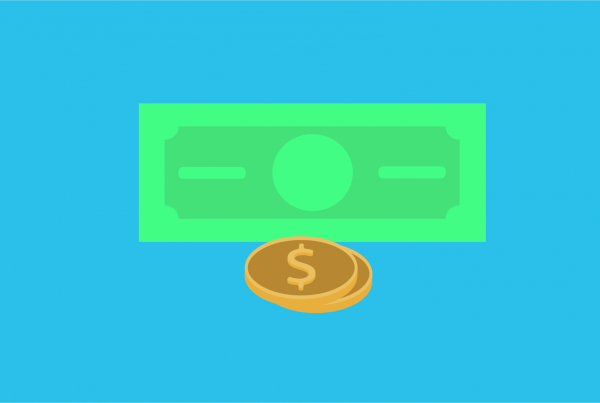 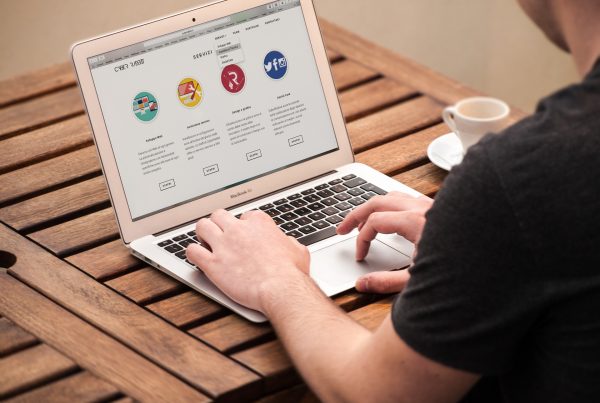